The Role of Mud Tank for Solids Control 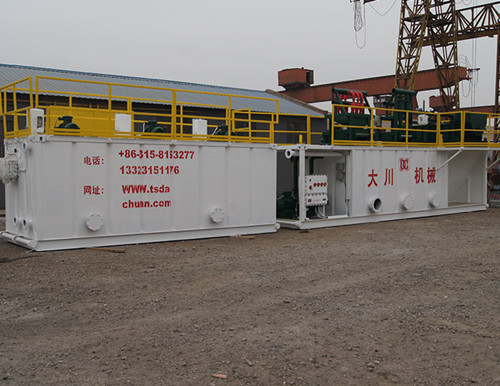 What Are Mud Tanks

A mud tank is an open-top container that is made of square-shaped steel tubes and plates with a cone-shaped bottom. These are used to mix and store drilling fluid on a drilling rig or for boring operations. The earliest concept of a mud tank was made by digging pits into the earth and using them to store products. For that reason, they can also be referred to as mud pits.

The Role of Mud Tanks in the Oil and Gas Industry

Mud tanks are able to mix, treat, and store drilling fluids, which makes them extremely important to the oil and gas industries. They are also used in applications to remove unwanted solids and sediments from the drilling and boring systems.

Mud tanks have different capacities for different storage functions attached to the oil and gas industries. For land rigs, mud tanks have an estimated capacity of  240 barrels.

The Role of Mud Tanks in Solids Control

This circulation process repeats as a cycle. Normally the shale shaker, the vacuum degasser, and the desander are mounted together on the same mud tank. The desilter and the centrifuge are mounted on the second tank.

The number of mud tanks that are needed on a drilling rig depends on:

Dachuan provides high-quality mud storage tanks, which are the top-performing solution for the oil and gas industries. All our mud tanks meet the highest standards of safety inspections and offer highly efficient containment and treatment solutions for your drilling projects. Dachuan also offers 24/7 personalized service throughout the year. To learn more about mud tanks offered by Dachuan, contact us or request pricing.